Alonissos, tucked away deep within the Aegean Sea, is quietly hiding its compelling natural charm and miraculously untouched beaches as the third major member of the Sporades.

While the lure of islands within south Greece continues to pull in a vastly disproportionate amount of the country’s tourism industry, the Sporades have remained true to its eternal Greek culture even in the midst of natural and economic disaster. Made up of 24 different islands, only four of them permanently inhabited: Skiathos, Skopelos, Skyros and, of course, Alonissos. With tourism a precious commodity, the four can sometimes appear as bickering siblings left competing for the most desirable crown – not a bad issue to be left with. However, while Skiathos takes the early worm due to its size and airport location, and Skopelos continues to lure only the lazy drawn entirely by the fans of Piers Brosnan flick Mamma Mia!, the third of this trio of haven peninsula is Alonissos, where only the intrepid arrive. On reflection, the idea of ‘bickering siblings’ may well be an injustice to the people of Alonissos, who are far too laid back to enter in such disagreement. The island ticks along at its own pace, the fish tavernas stay open late into the night and the village remains grateful for their existence following a devastating earthquake that shook the island to rubble in 1965. Since then, with a show of comradeship and ‘community spirit’, Alonissos has managed to combine the subtle welcoming of foreign tourism with their local courage to curate a quite unusually peaceful atmosphere. There’s more than a subtle sense of hidden oasis on this divine sanctuary, it’s the overwhelming belief that you’ve found the one place within this deep turquoise ocean that nobody else has thought to explore. Split into a few areas of interest, Alonissos has Patiri (which is the port), Hora (the old village) and Steni Vala – a port used predominantly for sailors and holds within it some of the best fish restaurants on the island. Alonissos is littered with sub roads and dirt tracks leading down to the endless source of hidden beaches. Unlike other islands in the area, you won’t find glossy tourism guides and help centres, instead you’ll need to engage with the locals who will be more than happy to point you in the direction of their favourite spots. 
There’s almost too many to choose from here. Most beaches are accessible via concrete roads but, like most things, the best and ‘secret’ locations will be located down a dirt road.

Most of these are fine to drive down with a car but can become a bit tricky on a scooter so be careful.

In what might be the least surprising thing to learn from this article… the food in Alonissos is first-class. Like all Greek islands, the locals take huge pride in the food they serve. What’s nice about Alonissos however, is the feeling of friendship and the warmth from many restaurants here – how could it not feel local with the amount of grandmothers still working in the family run kitchens?

We’ve picked out a few of the best. Big shout out out Astrofegia Restaurant in the village – a family business situated next door to Armonia and Althea accommodation and set in the most picturesque of locations. Astrofegia is closing in on it’s 40th year of business and their popularity only continues to grow with every given summer.


Coming from the UK, the easiest thing is to fly to Skiathos, get a three-minute taxi to the port and then catch a cheap ferryboats to the island.

Flights also go to neighbouring city Volos and boats run from there but take much longer at around 4hrs 30min. Connection boats also link Alonissos to nearby Skopelos, Skiathos, Skyros, Evia, and to the Peninsula of Halkidiki. 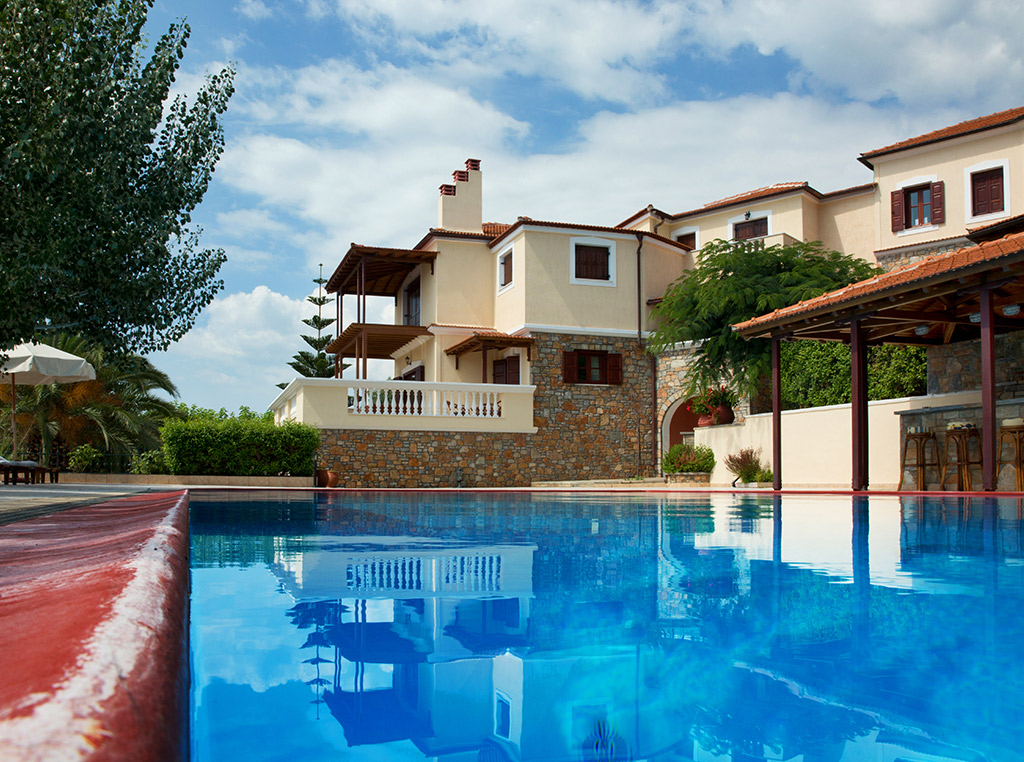